Whispers ripple through the live audience seated at Studio 54 on W. 54th St. as host Bud Collyer steps on stage at 7 p.m., Monday, December 18, 1865.1 Dressed elegantly despite the cold winter swirling around the theater’s doors, Manhattan’s elite pack the main floor and balconies to watch a “live” game show — whatever that is.

Introducing tonight’s performance as “To Tell the Truth,” Collyer explains its concept. Six guests will question three contestants claiming to be the same person. Based on the answers, the guests will vote on which contestant is telling the truth. 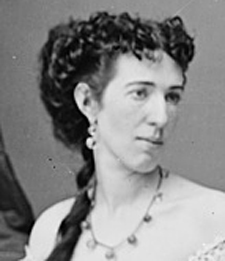 A curtain opens stage right to unveil a two-story square enclosure, with three guests seated below and three guests seated above. Collyer introduces them. Down low sits former Southern spy Belle Boyd, blowing kisses to male admirers in the audience. To her left sits the dapper Hannibal Hamlin, whom many Republicans already regret replacing with Andrew Johnson on the ’64 ticket. To Boyd’s right sits George B. McClellan, beaming while former Army of the Potomac comrades shout, “Little Mac! Little Mac!”

Seated directly above Boyd is Julia Ward Howe. Although unfamiliar with her features, many veterans suddenly whisper “Battle Hymn of the Republic!” upon hearing her name. To her left and above Hamlin sits Frederick Douglass, and viewers quietly discuss the juxtaposition, the former slave and the abolitionist Maine vice president placed so people will not forget what the recent war accomplished. 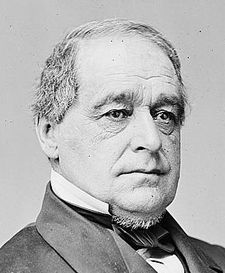 And above McClellan is golden-haired George A. Custer, waving his gauntlet-covered right hand at women suddenly fast-fluttering their fans as the “Boy General” smiles.

Then a curtain slides open at stage left. Seated at a long table are three men, arranged white and black and white. The table is angled so the men are facing the guests and the audience. The black contestant and the white man to his left look much older than the youngster on the table’s far right. Beneath the theater’s shadow-casting lighting, the older white contestant casts a particularly pale pallor.

“My name is John Smith,” says the youngster. He stands 5-8 and with his blue eyes and dark brown hair and light complexion blends well with the well-heeled crowd. 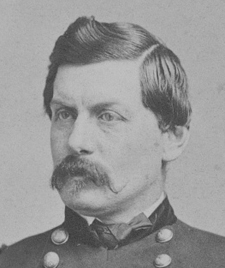 “My name is John Smith,” says the black contestant. He’s short, only 5-3 ½, and his black eyes, black hair, and dark complexion stand out inside Studio 54, where Douglass is the only other black American visible.

“My name is John Smith,” says the older white man, at 5-11 the tallest contestant. He has gray eyes, brown hair, and a light, almost ghostly complexion. He looks unwell.

Collyer talks about the real John Smith, a soldier who served in the recent war with a Maine regiment. “What? You couldn’t find a New Yorker?” someone shouts. People titter. No one notices the youngster, John Smith No. 1, glaring at the audience.

Collyer explains that the guests will question the contestants to separate the real John Smith from the fakes. Once done with their questions, the guests will vote on whom they believe is the real McCoy. 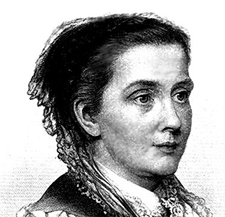 The youngster, Smith No. 1, introduces himself as a farmer from Litchfield in Maine. “Where’s Litchfield? Where’s Maine?” a wiseacre shouts. Not batting an eyelash, the youngster reveals that he joined Co. F, 19th Maine Infantry Regiment, on July 26, 1862.

“We were with Hancock on Cemetery Ridge on July 2nd,” he says. The audience goes silent; veterans realize he’s referring to Winfield Scott Hancock and the magnificent stand his II Corps made at Gettysburg that distant Thursday in summer 1863.

“I was wounded in July 1864 and was honorably discharged on April 16, 1865,” the youngster says. People note his imperturbability; he’s definitely faced hostile fire. 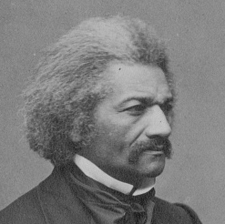 This “John Smith” joined the 43rd U.S. Colored Troops, a Pennsylvania regiment assigned to IX Corps. The 43rd charged enemy lines after the Crater exploded on July 30, 1864. Contestant No. 2 stresses that he was not there. “I got as far as Gallops Island in Massachusetts” before the war ended, and the army honorably discharged him there on May 15, 1865.

“I was born in St. David’s, New Brunswick and lived in Calais, Maine when the war started,” says Smith No. 3. “I was a lumberman, 36 when I enlisted in Co. K, 12th Maine Infantry on October 4, 1861. The state credited my enlistment to Cape Elizabeth, Maine.

“I was at Port Hudson and Third Winchester,” he says. “The Rebs captured me at Cedar Creek and sent me to Salisbury, North Carolina. That was a bad place. My captain got angry because I started missing roll calls, so he transferred me to Co. D on December 22, 1864.” 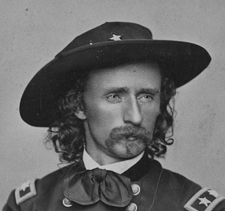 The guests ask questions. Douglass focuses on Smith No. 2, Hamlin on all three Smiths, and Custer makes it known that he wishes one contestant was a cavalryman. Howe asks the two older contestants why they enlisted; Smith No. 3 admits, “I wish I hadn’t.” That comment draws boos and hisses from the audience.

The guests finally vote. The black Smith gets two votes (Douglass and Hamlin), and Smith No. 3 gets two votes. Realizing that Smith No. 1 is definitely a veteran, Custer votes for him. So does Boyd because she likes the young man’s looks.

Collyer turns to the contestants and asks, “Will the real John Smith, please, stand up?”

No. 3 looks at the other two, starts to rise, then drops into his chair. Smith No. 2 smiles and stirs, and Smith No. 1 grins. He and No. 2 then place their hands on the table’s edge and start to rise. Smith No. 3 struggles from his chair, and all three men stand.

“I am John Smith,” Contestant No. 2 says, smiling.

1 Readers wondering about the premise for To Tell the Truth should check out its Wikipedia site.