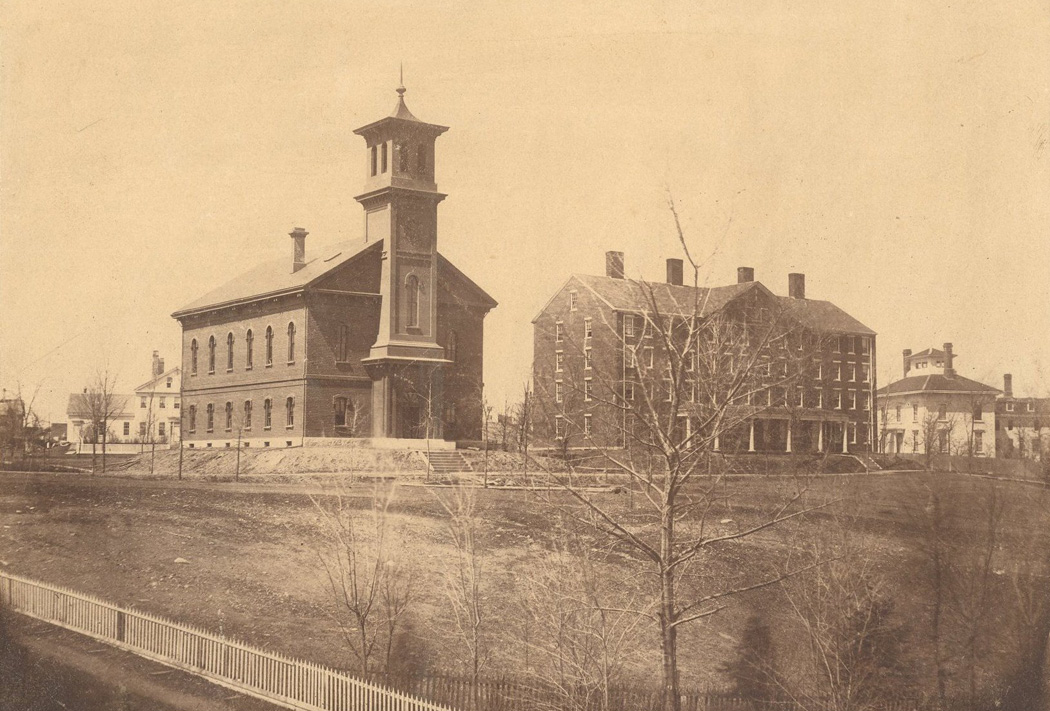 Established in 1814, the Maine Charity School trained ministers and initially operated at Hampden Academy. Relocating to a hilltop in Bangor in 1819, the MCS became the Bangor Theological Seminary. The view is from Hammond Street. (Courtesy Bangor Historical Society)

Another minister might have studied this particularly rambunctious flock and muttered, “Lord, God, what have you gotten me into?”

But the Reverend John Kent Lincoln, a brand-spanking new minister and seminary graduate, looked upon the same slightly unruly “sheep” as needing a shepherd, particularly a shepherd who could also pull infected teeth.

On August 4, 1862, Secretary of War Edwin M. Stanton informed Maine Governor Israel Washburn Jr. and Adjutant Gen. John L. Hodsdon that Maine must supply 9,609 soldiers under the Militia Act of 1862, passed by Congress on July 17. These men would be recruited for nine-month regiments. 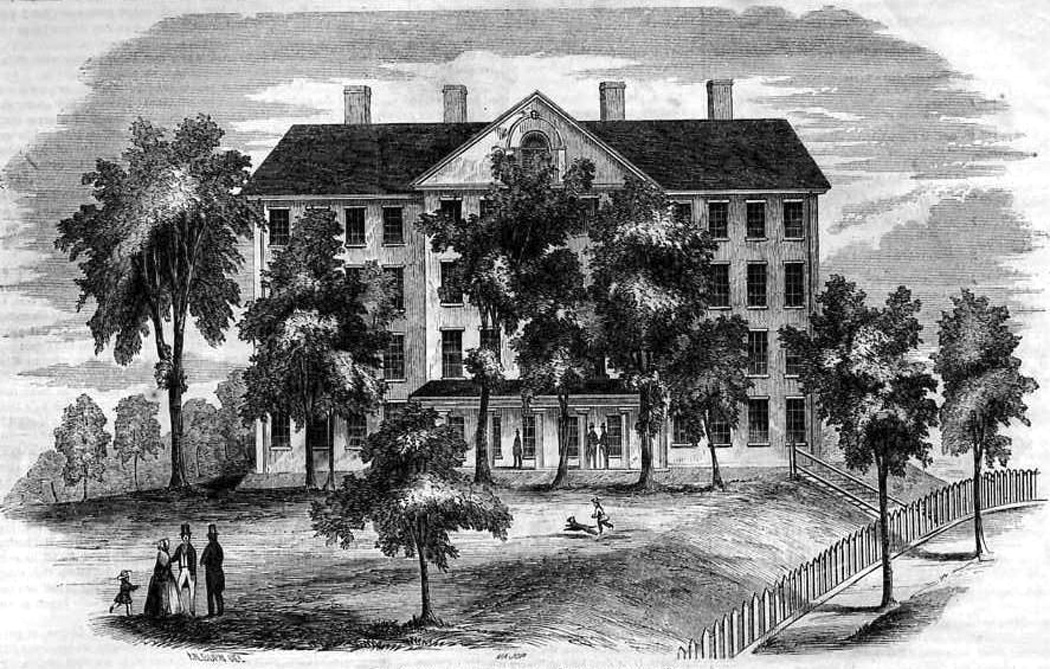 But something was not quite right. He developed a calling to the ministry, so sometime after the Lincolns were enumerated for the Augusta census on June 25, 1860, they moved to Bangor so John could pursue ministerial studies at the Bangor Theological Seminary. Likely working as a dentist to earn money on the side, Lincoln graduated in 1862. He was ordained on September 30.

As the nine-month regiments formed in Bangor, Lincoln volunteered as the 22nd Maine’s chaplain. Private (and Methodist) Francis Ireland of Dexter described “Dr. J.K. Lincoln” as a “young preacher” who “appears like a nice man.” The new chaplain stood 5-9 and had gray eyes, light hair, and a light complexion.

A rough-and-ready crowd, the 22nd Maine lads packed their rifles and equipment, broke camp at 11:30 a.m., Tuesday, October 21 “and marched through our streets in column of platoons, with a fine band of music,” a journalist noted. At the Maine Central Railroad station off Front Street the soldiers boarded a train drawn by three locomotives.

“Amid the parting salute of a great crowd of people,” the train pulled out of the station “a few minutes before one o’clock,” the reporter checked the time.

Traveling via train and steamer, the astounded 22nd Maine boys enjoyed “a warm breakfast” served “by the ladies of Philadelphia, at the ‘Soldiers’ refreshment saloon’ on Otsego Street,” Lincoln wrote to the Daily Whig & Courier. “Here soldiers are already welcome, and can always find a good cup of tea or coffee, and a bountiful supply of cooked food.”

Lincoln apparently arranged with publisher William Wheelden to serve as a de facto correspondent for the DW & C. The chaplain and tooth-puller would regularly report to Wheelden what the 22nd Maine was doing, with the letters touching upon many aspects of military life.

Embalmed, Wilson was shipped home for burial; the others went into local graves. “Wass leaves a wife and two children to mourn his early death,” Lincoln observed. “Let those who remain at home, see to it that the soldiers’ widows and children do not suffer.”

The 22nd Maine sailed for New Orleans. Chaplain Lincoln would minister to the men and write about the war. Readers of the Daily Whig & Courier would read his first-hand account of the mid-April 1863 battle of Irish Bend and would learn about the horrors of Port Hudson, the Civil War’s longest siege involving a fully surrounded Confederate bastion.

Port Hudson surrendered after Vicksburg fell. Its nine-month enlistment set to expire, the 22nd Maine Infantry returned to Bangor later that summer. Unfortunately John K. Lincoln was injured by a fall, so his comrades reluctantly left him at Port Hudson on July 24.

Surviving the war, Lincoln reached home soon afterwards. He died in Bangor on May 20, 1887.