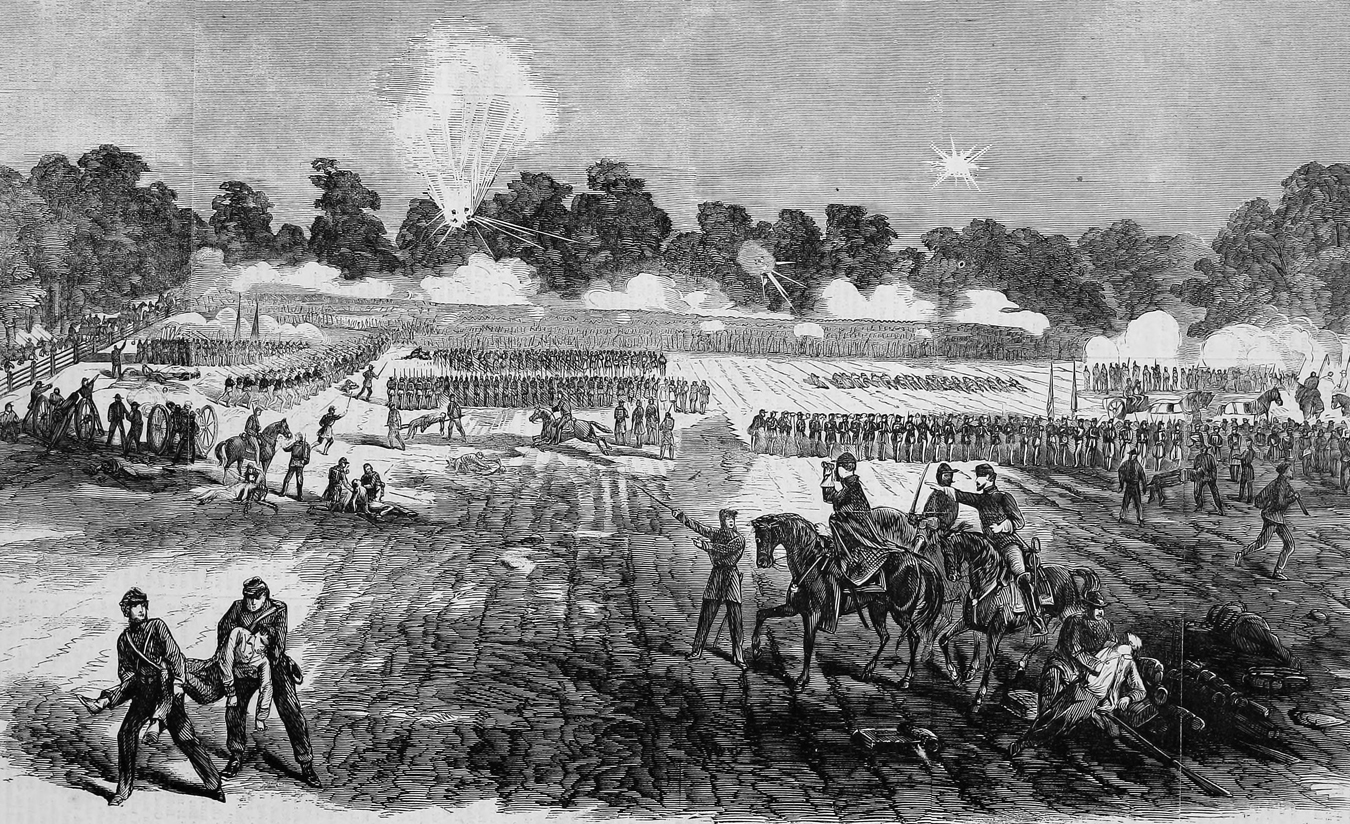 The 26th Maine Infantry Regiment suffered 76 casualties while fighting at the April 14, 1863 battle of Irish Bend in Louisiana. Recruited in Ellsworth and elsewhere in Hancock County, the regiment’s Co. C provided 10 percent of the battle’s casualties for the regiment. (Harper’s Weekly)

With the average Maine recruit standing 5-7, the three officers easily towered above many soldiers in Co. C, which mustered on October 11, 1862 and soon shipped for Louisiana. Gray lost one man killed and six (possibly seven) wounded at Irish Bend on April 14, 1863. Unfortunately he caught a “fever” (possibly malaria) and died at Berwick City on May 10.

Without being promoted to captain, Whitcomb took over Co. C on May 1 and led his men through the sporadic combat around Port Hudson, Louisiana.

Boarding a steamboat, the 26th Maine departed Port Hudson on July 26 and disembarked at Cairo, Illinois. From there the regiment rode the rails, arriving at Chicago aboard the Illinois Central and leaving the Windy City aboard the Michigan Southern. Men too sick from malaria and other diseases were left at various points along the way; the closest that Pvt. Thomas Bollard of Ellsworth got to Maine was Boston, where he was “left sick” on Saturday, August 8.

The 26th Maine lads stepped down from a Maine Central Railroad train at Bangor on Sunday, August 9. “The citizens of Bangor gave them a good reception” at Norumbega Hall, where “a generous collation was provided by the City Government,” the Ellsworth American reported. 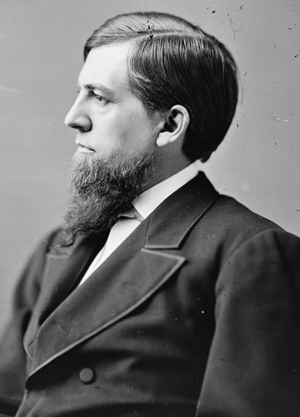 The regiment remained in Bangor until mustering out on August 19. Ellsworth residents organized a reception to honor the returning Co. C on Thursday, August 20. To be held in “the new building erected by A. J. Keniston on Hancock Avenue,” the reception would “let them [Co. C members] know that their efforts to put down this accursed rebellion has been duly appreciated by their friends at home,” noted the Ellsworth American.

Whitcomb and Co. C evidently traveled by stagecoach or wagon from Bangor to Ellsworth. Under Capt. H. M. Hall, Co. D (Maine State Guards) met the veterans “at the suburbs of the town” and escorted “them through the principal streets” to Keniston’s new building. Flags flew from flagstaffs, and people “congregated” along the streets cheered as the soldiers paraded past.

At Keniston’s, both Whitcomb’s and Hall’s men dined on the “ample collation … prepared by the ever ready and patriotic ladies of our town,” noted the EA. Also participating were 1st Lt. James E. Conners (from Sullivan, two towns east of Ellsworth) and some men from Co. E, also recruited in Hancock County.

Representing “the ‘State Guards,’” Col. Eugene Hale (an Ellsworth resident just beginning his rise in Maine politics) stood and welcomed the “Soldiers of the Army of the Lower Mississippi.”

Referring to the copious amounts of food placed before the soldiers, Hale said, “It seemed fitting that some expression should be given by us, in token of our pride in the record you have made, and of our joy at your safe return. It is not much that we have done, but we hope that you will sit at our board of hurried welcome, feeling that it is the work and gift of free hearts and willing hands.”

Hale indicated that “I need not recite your achievements,” but he cited the regiment losing 76 of 260 men who “went into the fight at Irish Bend.” He had spoken a few days earlier with the 26th Maine’s Lt. Col. Philo Hersey; “said he, ‘There were no better officers in the regiment and indeed I believe in the whole 19th army corps, than those commanding Company C, and the men were worthy of their officers,’” Hale repeated Hersey’s evaluation.

Running on for a little while, Hale said, “We welcome you back, all that are left of you … the footfall of your company is lighter in the [return] march than when you left us, and I miss faces and voices that shall be seen and heard no more this side of the grave.”

After Hale finished speaking, Whitcomb and McDonald responded with appropriate remarks, with the latter saying that “this is one of the proudest moments of my life.” He expressed his comrades’ gratitude for the kindness extended them that day.

“Allow me, now, in behelf of these officers and soldiers[,] to extend our heartfelt thanks to you, and believe me this reception will be long remembered by us,” McDonald said.

The soldiers finally dug into the collation after a local minister offered a prayer. Then “the happiest feeling prevailed during the hour which they continued around the table,” the EA reported. The men cheered “for the Union, the army, General [Nathaniel] Banks, the 26th Maine, company C, with its officers” and for Conners and the Co. E lads present.