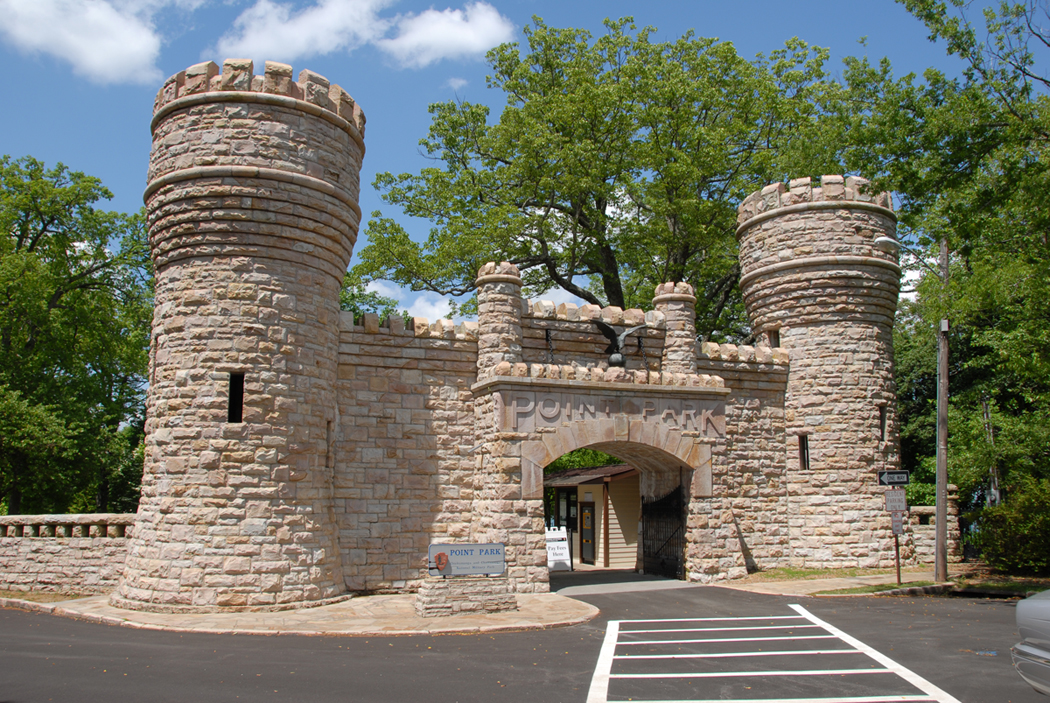 Visitors to Point Park on Lookout Mountain in Tennessee must pass through this castle before exploring this key point made famous during the Battle Above the Clouds fought on November 24, 1863. (Brian F. Swartz Photo)

Point Park on Lookout Mountain in Chattanooga, Tennessee rates among my favorite Civil War sites. Made famous during the November 24, 1863 Battle Above the Clouds (one battle that Joe Hooker did right), this ragged spur on the mountain’s north-facing summit gained perhaps greater fame from the photographs taken immediately afterwards.

Its dramatic outline dominating the horizon for miles, Lookout Mountain rises abruptly near Chattanooga and runs south into Georgia. Lookout Creek and Lookout Valley lie to the mountain’s west, Chattanooga Creek and Chattanooga Valley to the east. Point Park takes its name from Point Lookout, which overlooks the winding Tennessee River and Moccasin Bend to the north and Chattanooga to the northeast. 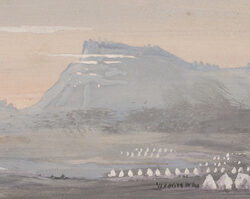 Thrashed at Chickamauga, Georgia on September 19-20, Union troops retreated to Chattanooga. Confederate Gen. Braxton Bragg quickly laid siege to the city; anchoring his left flank on Lookout Mountain (with some spillage into Lookout Valley), he strung his army east across Chattanooga Valley and then north along Missionary Ridge, which runs north-south east of Chattanooga. Supply steamers could no longer reach the Yankees trapped in Chattanooga; they could only be resupplied by horse- and mule-drawn wagons traveling a wretched route north of the Tennessee.

Bragg hoped to starve the Yankees into submission, but he lacked sufficient troops to cross the river and hold the opposite shore. Union reinforcements and supplies ultimately arrived, and by late November Maj. Gen. Ulysses S. Grant decided to attack Bragg. 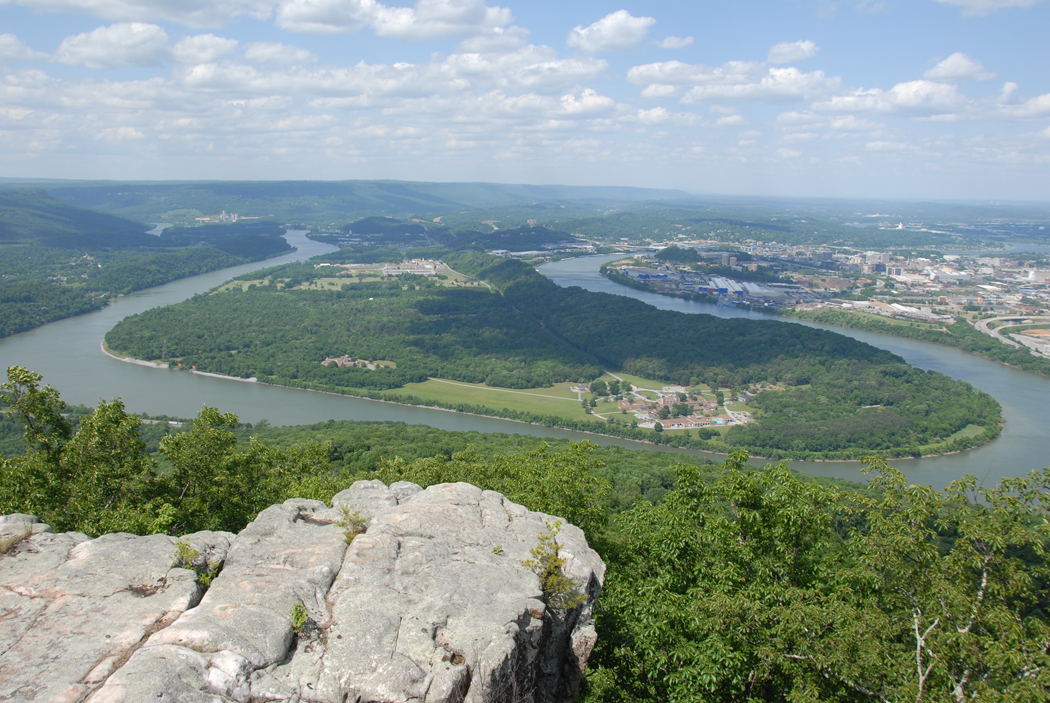 A magnificent view of Moccasin Bend on the Tennessee River is found near Umbrella Rock on Lookout Mountain. Chattanooga is on the right. (BFS)

Grant ordered Joe Hooker (packed to the Western Theater post-Gettysburg with two corps from the Army of the Potomac) to assault Lookout Mountain.Those corps included the XI Corps commanded by Oliver Otis Howard of Leeds in Androscoggin County. 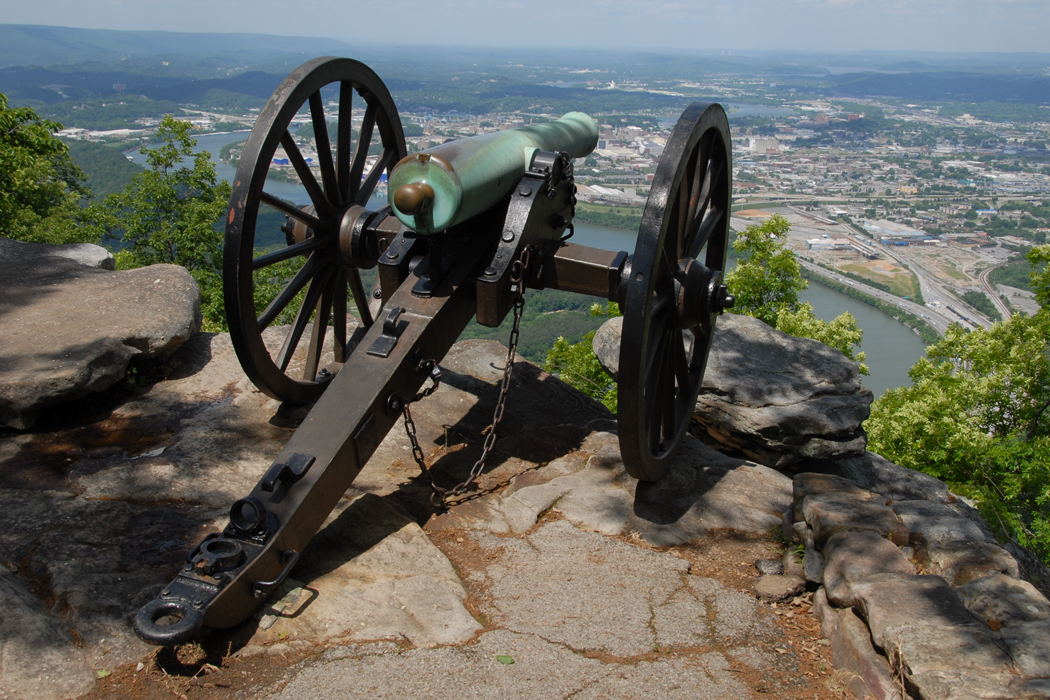 A 12-pounder bronze Napoleon marks the site where Garrity’s Alabama Battery was deployed on Lookout Mountain. The battery overlooked Moccasin Bend and Chattanooga and participated in the two-month siege of the Union-held city. (BFS)

Meanwhile, William Tecumseh Sherman would cross the Tennessee River upstream from Chattanooga and outflank Bragg’s Missionary Ridges defenses. He got across the river, but bungled his attack.

Hooker assaulted Lookout Mountain’s northern approaches. The terrain physically challenged his infantry moving up the limestone mountain that November 24. Low clouds lay over Lookout Mountain, and Union troops (including Ulysses S. Grant and Oliver Otis Howard) watching from Chattanooga could not clearly see until late in the battle how Hooker’s boys fared. 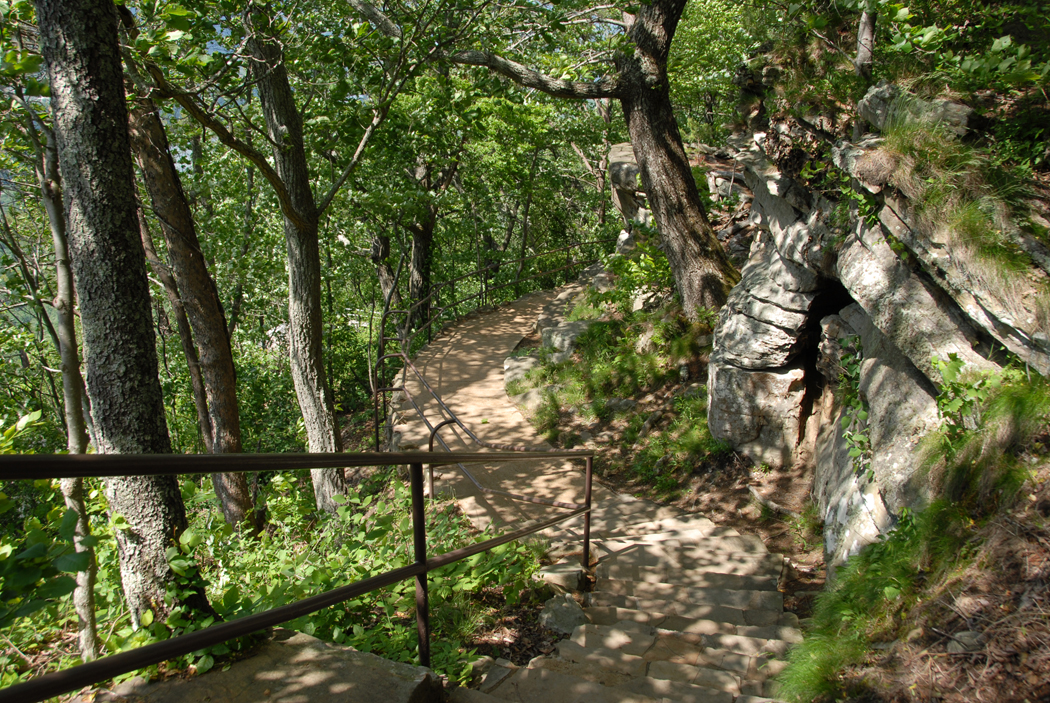 His right flank pressured by Sherman and lacking enough men to hold Lookout Mountain, Bragg ordered the peak abandoned in midafternoon on November 24. His soldiers there had fought ferociously and had delayed the Union advance past the Cravens House; as resistance vanished, the Union lads advanced up the mountain.

The clouds broke, and the Yankees gazing upward at Lookout Mountain from Chattanooga saw an American flag rising above the summit. That moment burned itself forever into witnesses’ memories. 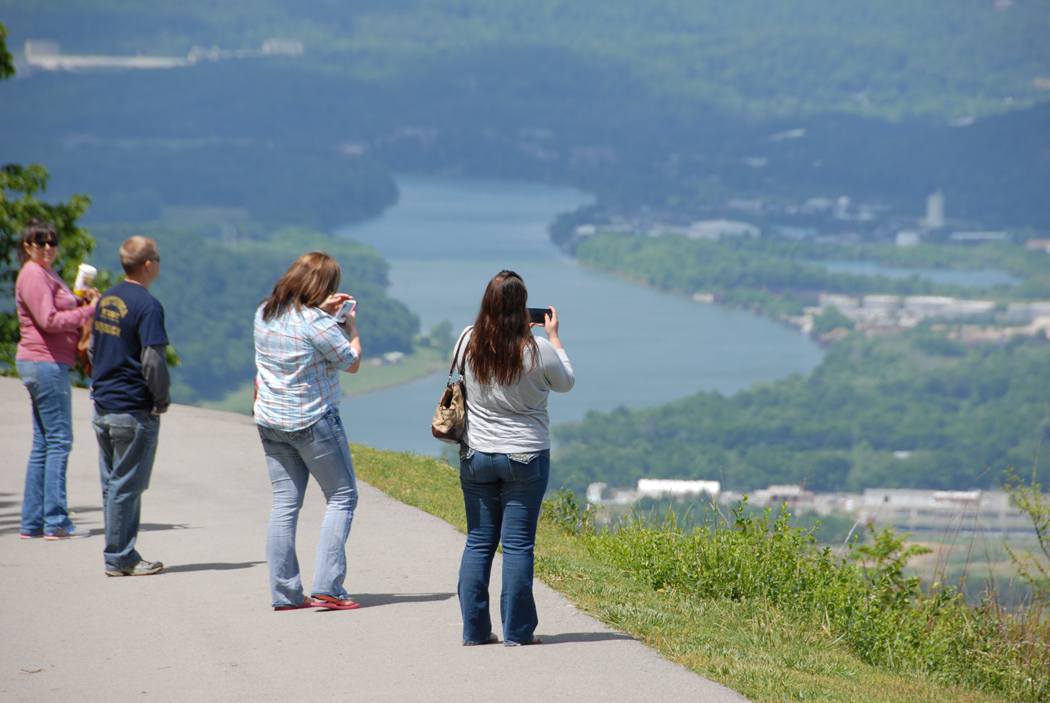 Point Park is part of Chickamauga & Chattanooga National Military Park, which lies either side of the Georgia-Tennessee border. The trail leading from Point Park north to Umbrella Rock and Ochs Memorial Observatory reveals how extensive the limestone outcrops are on Lookout Mountain. Here in Maine we are used to hiking across granite; at Lookout Mountain it’s limestone, a softer rock. 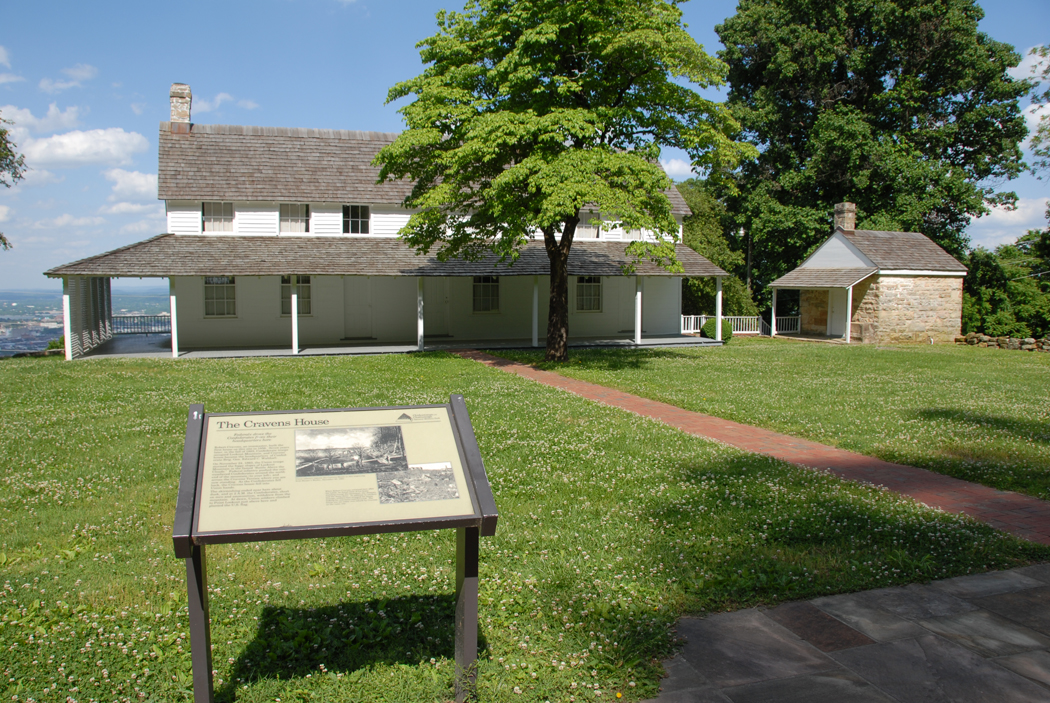 A family named Craven lived in this house on the northeastern slope of Lookout Mountain, almost directly beneath modern Point Park. Union troops fought past Cravens House (now an NPS property) while attacking the Confederate-held mountain on November 24, 1863. (BFS)

Point Park can be accessed by automobile or by the Lookout Mountain Incline Railway, located at St. Elmo at the base of Lookout Mountain. The railway runs about a mile perpendicularly up the mountain to a station with views opening east across Chattanooga Valley. This station is a short walk from Point Park.

I recommend visiting Point Park in sunny weather. Take time to explore the park and its sites and to learn about the Battle Above the Clouds. As to whether or not any Mainers participated in that battle, I do not know, but I would not be surprised if a representative of Maine’s No. 1 export (her children) was not there with Joe Hooker.