The Civil War literally and figuratively scarred Henry Wadsworth Longfellow — and caused him to write a poem that became a Christmas song.

The famous poet is a native Mainer, being born in Portland to Stephen and Zilpah (Wadsworth) Longfellow on February 27, 1807. The Maine Historical Society owns and operates the poet’s childhood home at 489 Congress Street in Portland. 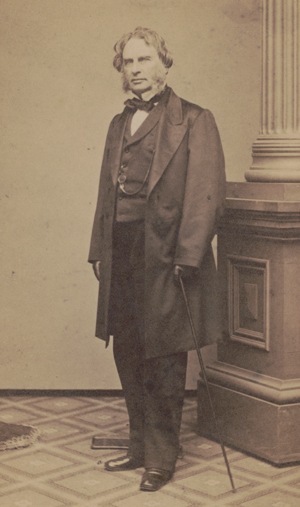 Henry Wadsworth Longfellow was a Harvard College professor when photographed in 1860. (Library of Congress)

Hired by Bowdoin College as a professor of modern languages upon his 1825 graduation, Longfellow promptly left Maine (courtesy of his father’s funding) to study such languages in Europe for three years. He started teaching at Bowdoin in 1829, married Mary Storer Potter of Portland in 1831, and took her to Europe after Harvard College sent him there as a modern languages professor in 1835. Mary died in Rotterdam that October from miscarriage-related complications; Longfellow lingered Europe into 1836.

That July in Thun, Switzerland he presented his card to wealthy Boston merchant Nathan Appleton (a widower), who had taken three children (including his 19-year-old daughter Frances or “Fanny”) and two nephews to tour Europe the previous November. Longfellow and Fanny met at Interlaken on July 31.

She was 10½ years younger, born in Boston on October 6, 1819. Raised at 39 Beacon Street in Boston, Fanny received the thorough and proper education afforded young women in her social class. She was not impressed with Longfellow, neither in Europe nor when he started courting her after her family returned to Boston. He ultimately gave up wooing her.

Then the two met again during an April 1843 party. Biographers are unsure as to why Longfellow and Fanny clicked, but they were engaged by mid-May and were married at the Appletons’ Beacon Street home on July 13. Nathan Appleton gave the newlyweds an outstanding wedding gift: Craigie House at 105 Brattle Street in Cambridge, Massachusetts. 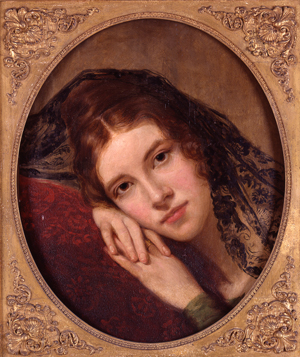 They arrived as the country divided over slavery, which their parents opposed and discussed in their journals and letters. Longfellow viewed the November 6, 1860 election of Abraham Lincoln as “a great victory … the redemption of the country. Freedom is triumphant.”

On Christmas Eve 1860, Fanny wrote that the seceding South Carolina “has been crazy enough to vote herself out of our company. We are not likely to miss her except, as the Senator of Ohio says, by the unwonted quiet we enjoy without her.”

On April 12, 1861, “News comes that Fort Sumter is attacked. And so the war begins! We can foresee the end?” Longfellow said. Three days later he admitted, “We are in the beginning of a civil war.”

Early July brought high temperatures and steady sunlight. Craigie House heated up, and the family planned to leave on July 11 for their cottage in Nahant on Massachusetts Bay. 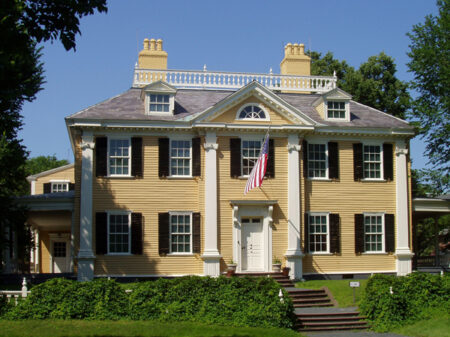 Longfellow was in the study around 5 p.m., Tuesday, July 9, and Fanny and her two youngest daughters (perhaps all three) were in the adjacent library. Fanny had cut the girls’ hair, which was clinging to their necks.

Fanny wore a thin dress — “all light and gauzy: no woollen on any part”, according to one source and “a light muslin gown” according to another. Her daughters ran outdoors into the garden, and a window near Fanny was open to catch any available breeze.

Sources placed Fanny as either standing or sitting at the library table, “making wax seals for the amusement of her daughters.” Inserting a lock of one daughter’s hair into an envelope, Fanny lit a match to heat the wax she would dribble onto the flap to seal the envelope. “A match or piece of lighted paper caught her, and she was in a moment enveloped in flames,” reported one newspaper

“She threw down a lighted match, which struck her light clothing, setting it on fire,” claimed another newspaper.

“The light [dress] sleeve took fire: in an instant she was wrapped in a sheet of flame” and “flying from the library to the front room,” said Harvard College President Cornelius Felton. Hearing his wife scream before she burst all aflame into the library, Longfellow “sprang up, threw a rug around her, but it was not large enough.

“She broke away, flew towards the entry; then turned and rushed towards him. He received her in his arms, and so protected her face, and part of her person: but she was dreadfully burned: her dress was entirely consumed,” Felton said.

Longfellow suffered bad burns to his hands and face, Fanny to almost all her body except her face. Carefully carried to her room, she was examined by three doctors who gave both patients ether to help ease the pain.

“Conscious through the night,” Fanny “rallied a bit” Wednesday morning and requested coffee, reported Felton, evidently present at the house. Soon Fanny “became insensible,” her breathing shallower, and she died at 10:10 a.m., according to Felton. Other accounts placed the time of death at 11 a.m. and 11:30 a.m.

“Poor Longfellow,” most “dreadfully but not fatally burned,” was not present when Fanny expired. He “could not see Fanny when she was dying,” Felton said. “God help our dear friend in his unparalleled bereavement.”

Longfellow could not attend the funeral held on July 13 (eighteen years to the date since the Longfellows married). Fanny went into the family’s vault at Mount Auburn Cemetery in Cambridge. Her husband grew a thick beard to hid his burn-caused scars, but nothing could hide the scars in his heart.

Then 18-year-old Charley vanished on March 10, 1863. Four days later Longfellow learned that his son had gone for a soldier.

Next week: I Heard the Bells on Christmas Day, part 2