The War Department kicked out two 4th Maine Infantry officers in November 1863 and promptly kicked one back in. The other guy wasn’t quite so lucky … 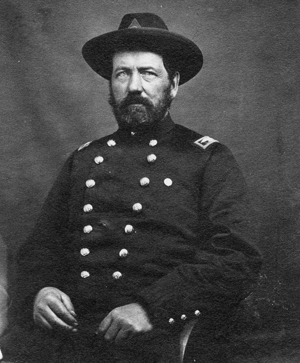 Colonel Elijah Walker was commanding the 4th Maine Infantry Regiment when the army discharged him for physical disability on November 5, 1863. He apparently never got the message. (Maine State Archives)

A Rockland merchant who recruited Co. B, 4th Maine Infantry Regiment, Elijah Walker rose from captain to colonel by spring 1862, when the departing Hiram Berry left the hard-fighting outfit, and its command passed to Walker.

He led the regiment through the Peninsula Campaign, Second Manassas, and Gettysburg. On July 2, 1863 the Maine lads fought valiantly at the Devil’s Den, piling with the 99th Pennsylvanians into the Confederates swarming around three abandoned Parrots belonging to the 4th New York Battery.

Earlier a bullet had struck Walker about four inches above his left ankle, partially severed his Achilles tendon, and killed his horse. “On foot and wounded,” he wielded his sword amidst the “close quarters” fighting.

Confederates surrounded him and yanked “my sword … from my hand,” but Sgt. Edgar Mowry of Co. B and Corp. Freeman Roberts of Co. F attacked the Johnnies and “saved me and I recovered my sword.” The two Mainers violently “wrested me from the foe and assisted me to the rear,” Walker said. He was later transported by ambulance to a field hospital.1

“I had no more control of my foot than if it had been attached to a string,” said Walker, sent to his Rockland home to recuperate. “After sixty-five days I was able to move my toes, and this convinced me at some future day I should again be able to walk.”

Walker traveled to Washington, D.C. in early October. Although still in pain and advised by the “surgeon-general of the army” that he was “unfit to go to the front for active service,” the tough Walker rejoined the 4th Maine on October 12.2 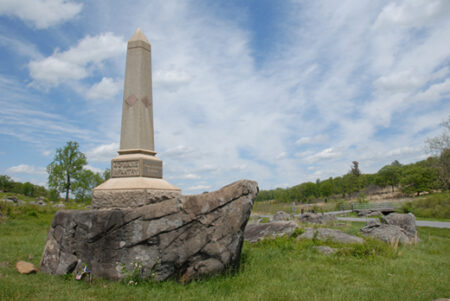 On Thursday, November 5, 1863 the War Department, courtesy of the “Adjutant General’s Office,” issued Special Order No. 492, stating that “the following officers are hereby honorably discharged the service of the United States, on account of physical disability, from wounds received in action, with condition that they shall receive no final payments, until they have satisfied the Pay Department that they are not indebted to the Government.”

The two “shoulderstraps” being chucked from the army? The 4th Maine Infantry’s own “Colonel Elijah Walker” and “Major Eben[ezer] Whitcomb” — and with them, Special Order 492 demonstrated bureaucratic incompetence par excellence.

Whitcomb was a 46-year-old Searsport resident when he mustered with the 4th Maine on June 15, 1861. He rose from captain to major. Johnnies shot him at Gettysburg, and he lingered until dying on October 5, 1863.

The War Department kicked him out for “physical disability, from wounds received in action,” one month later, long after Whitcomb had gone into his grave.3

On Monday, November 23, the same “Adjutant General’s Office” issued Special Order No. 520: “Colonel Elijah Walker, 4th Maine Volunteers, discharged by Special Orders, No. 492, November 5th, 1863, from this Office, is hereby restored to his command, with pay from the date at which he rejoins his regiment for duty, provided the vacancy has not been filled, evidence of which must be obtained from the Governor.”

According to 4th Maine historian Peter Dalton, the 4th Maine Infantry was involved in fighting related to, but not involved directly with the November 7 night attack on Confederate defenses at Rappahannock Station.

“Colonel Walker was at the time of the fight serving as a brigade commander” and led his command in battle at Kelly’s Ford, Dalton noted. Thus Walker was in the thick of the fight on November 7 and afterwards, after the army discharged him for “physical disability.”

Walker, “having partially recovered from the leg wound he had received at Gettysburg,” resumed command of the 4th Maine in the evening on November 25, according to Dalton. This means that Special Order 520 got it right, at least.4